The U.S. Virgin Islands and St. Thomas in particular, has history wrapped up with piracy. The first known record being of the Spaniards plundering the local Taino and Carib locals in the 1400s. By the 1600s, when the Danes owned St Thomas, it became a refuge for many pirates (including privateers). There are many locations with pirate names but we […]
Read More
On St. Thomas, Carnival occurs around Easter. On St. John, it’s tied into 4th of July. On St. Croix, it’s at Christmas. So come during those times and you are sure to experience a lively time! Carnival started over 100 years ago but was not official until the 1950’s. It’s a celebration of life and freedom and embracing the unique […]
Read More

Art is not what you see, but what you make others see. Edward Degas

PRIDE goes back to the early 70's. In June of 1969, the Stonewall Riots began in New York City when the police raided a gay nightclub in Greenwich Village.
Read More 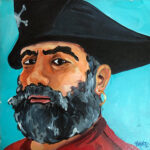 Carnival in the Islands 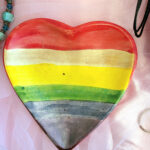