While there aren’t exactly snowmen waiting to be built or pine trees to chop down and decorate, the Virgin Islands has many of their own Christmas traditions that make the holiday season jolly.

Today the Christmas trees that people are familiar with from Christmas movies are imported from the mainland. Traditionally, families would decorate a dried century plant, a stalk which grew from the flowered agave plants in the wild and closely resembled pine trees. These century plant Christmas trees would be propped up in homes all around the islands and decorated with pieces of fabric, crepe paper, or candies.

One holiday event on St Thomas that people look forward to all year long is Miracle on Main Street. Since 1992, in downtown Charlotte Amalie people have celebrated the Christmas holidays at Miracle on Main Street with a night of food, music, shopping, and festivities. Stores extend their opening hours for some late night Christmas shopping, and vendors line the streets offering delicious holiday delicacies. Bands on street corners play music to dance to, with moko jumbies entertaining visitors. All this is followed by a Lighted Boat Parade, where boats adorned with strings of lights tied to the masts and blow up decorations sail down the waterfront.

In the Virgin Islands and many parts of Latin America, Three Kings Day marks the last day of the holiday season. A national holiday in the Caribbean, Three Kings Day is celebrated on the 12th day after Christmas, on the sixth of January, and is also called the feast of Epiphany, or Dia de los Reyes Magos. On this day, children who have been good that year receive gifts and sweets from the three wise kings who brought gold, frankincense, and myrrh to baby Jesus 12 days after he was born. Children place a glass of water and grass for the camels by the door. The three kings take the water and grass to feed their camels and in exchange they leave gifts.

0 comments on “Christmas in the Virgin Islands” 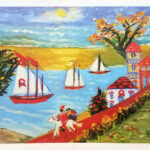 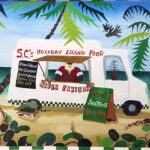 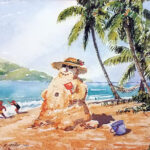 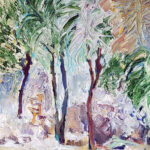